Ted Turner purchased the MGM Library of Films and acquired the rights to license the classic characters from Gone with the Wind, The Wizard of Oz, and hundreds of other famous titles.  We worked with Turner Entertainment’s Licensing Division to create two separate 80+ page Style Guides for one of their most popular licenses, Tom & Jerry.  Dressing them in trendy outfits, creating the “famous artists series” of images, and adding 3-D illustrations and accompanying T&J 3-D glasses, we gave licensees, both in the U.S. and abroad, a myriad of fun ways to apply these characters to their products.  The first Style Guide was so successful, a second was ordered by the client, and when Tom & Jerry, The Movie, was released, we were tapped to create posters and other materials for our client. 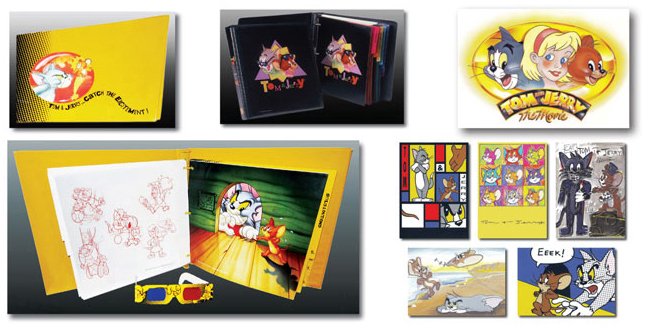